Things England Need To Fix for Second Test in Antigua

After a devastating defeat in Barbados, the England cricket team only have a couple of days to turn things around before the second Test in Antigua. Before the match gets underway, let’s take a look at a few things that England need to fix in order to avoid another crushing defeat.

Don’t Leave An Experienced Seamer on the Bench

One of the biggest talking points before the first Test was played was whether Sam Curran or Stuart Broad would be selected as the second seamer. The team decided to go with Curran’s all-around batting skills and swing bowling instead of the hit-the-deck style that Broad brings to the table. However, Curran was unfortunately unable to make a huge impression due to the new ball and struggled to get control. When you play in the West Indies, regardless of the pitch is fasts or slow, you always go with a tall, quick bowler. It was a bad call to go with Curran instead of Broad.

Select a Spinner Who Plays a Holding Role

The decision made by England to include two spinners was a big concern as the West Indies decided to select four quicks along with Roston Chase who is a part-time spinner. In Sri Lanka, England succeeded as they played Jack Leach, Adil Rashid, and Moeen Ali. This trio managed to complement each other thanks to their unique strengths. However, in Barbados, England decided to bench Leach which resulted in both Rashid and Moeen leaking runs. The deck in Antigua is not quick or solid, so two spinners might be the right call this time around, but in Barbados, it was definitely the wrong call.

Time to Change the Batting Order

Although Rory Burns provided a stunning 84 runs during the second-innings, there were quite a few doubts when it came to Keaton Jennings who only scored 14 and 17 and was caught twice on edging drives. Even though Jennings managed to score two Test hundreds in Asia, he has quite a few difficulties when he faces pace bowlers. This is a weakness that West Indies will definitely exploit. The best option for England in Antigua is to replace him with Joe Denly, who is currently uncapped but does boast with loads of experience.  He is an exceptional player at the moment and will do far better in terms of batting when compared to Jennings.

Joe Root Needs To Be Revived

Another major issue that can be rectified before playing in Antigua is the outcome that Joe Root provided at the Kensington Oval during their horrible defeat. Joe Root’s batting average managed to drop below 50 which is the first time since 2014 with scores of 22 and 4. A top order that is currently misfiring placed an increase of pressure on him. However, nothing will assist England more than Root reviving his touch when it comes to batting. He needs to play much better for England to have a chance of winning this time around.

AB de Villiers To Play in Lahore for PSL Matches

AB de Villiers, the former batsman for South Africa, will play a total of two games for Lahore Qalandars during the upcoming Pakistan Super League on 9 and 10 March 2019. De Villiers stated that he has a role to play when it comes to bringing international cricket back to Pakistan and will be considered one of the most highly regarded cricketers to participate in the country since the Lahore terror attack took place in March 2009.


De Villiers, who managed to retire from international cricket following the end of the 2018 IPL, was picked in the draft by Lahore Qalandars in November and was initially signed on to participate in a total of seven league matches during the UAE leg of the cricket tournament. However, he said last week that he would only be available for two league matches, against Multan Sultans and Islamabad United, before he made his return home. He will only be available during the group stages of the tournament due to family commitments.

“I am thrilled to announce that I will represent Qalandars on 9 and 10 March 2019, during the 2019 HBL PSL, de Villiers stated in a press release. “I’m looking forward to revisiting the extraordinary stadium in Gaddafi and will aim to play my part in assisting Qalandars to achieve something that they have been wanting since the tournament started in 2016.

“I’m well aware that cricket in Pakistan is like a second religion and still remember the appreciation and support we received back in 2007. In addition, I feel that I have a huge role to play to help international cricket make a return to Pakistan. This is only a few of the motivating aspects I have to return to Lahore.

“I obviously sympathise with Pakistan and its people due to the fact that the country has been starved of cricket. However, I’m quite optimistic that international cricket will make its return to the country where the stadiums will once again be packed with fans from around the world.”

De Villiers is regarded as one of the most highly profiled players from South Africa to participate in Pakistan, after David Miller, Imran Tahir, Morne Morkel, Hashim Amla, and Faf de Plessis toured the country with the renowned World XI side for a total of 3 T20 internationals during the 2017 Independence Cup in late September. Other cricket players from South Africa, including JP Duminy, Colin Ingram, and Rilee Rossouw played games in Pakistan during the PSL.

Best Cricket Players of All Time

Compiling a list of the best cricket players in the world is no easy task. However, once in a while, a player will surface that changes the game forever. This type of player performs beyond your wildest imagination and takes the game to a completely new level in the process. He manages to set new dimensions and standards for future generations to exceed. In the same breath, there’s also a handful of players that set records and benchmarks that will never be equalled. With that in mind, let’s take a look at the best cricket players of all time, whose legacy and accomplishments will be cherished forever.

Donald Bradman, also referred to as The Don, is regarded as the best batsman to ever play the sport. In test cricket, he’s batting average was a mind-blowing 99.94 which is an achievement that cannot be matched by any major sport. Bradman is regarded as the epitome when it comes to excellency in cricket. With a 1349 Wisden rating, Bradman is the best test batsman that manages to outrank the number 2 player by a total of 349 points. Bradman has a total of 117 First Class centuries and 29 Test centuries to his name with a top score of 334.

Tendulkar is considered the finest batsman of all time and is the highest run scorer when it comes to international cricket. He started playing at the age of 16 and is the only cricket player that has managed to score 100 centuries internationally. Tendulkar was also the first cricket player to reach 200 runs in an ODI and is known as the God of Cricket or the Master Blaster. Tendulkar boasts with 51 Test centuries and 49 ODI centuries. He managed to play in 463 ODI games and 200 Test matches during his career.

As a former batsman for the West Indies, Richards is considered the greatest batsman in the world. He is the first player in the history of cricket to receive 20 awards for the Man of the Match and managed to play 121 Test matches and 187 ODI matches in his career. He managed to score 189 runs in Test Cricket and 291 runs in an ODI. Richards was also a magnificent bowler during his time a total of 118 wickets.

Bevan is a former Australian cricket player who is considered one of the most consistent players when it comes to ODI formats. With a batting average of 53.58, he currently holds the world record for the best batting average in terms of ODI matches. He also formed part of the Australian teams that managed to win the World Cup. Renowned as the finisher, Michael played an important role to lead a team to victory. There is currently no other batsmen in the world that has the same consistency when it comes to batting and assisting his team to claim victory. 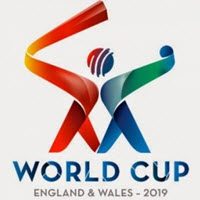 The 2019 Cricket World Cup (or the ICC Cricket World Cup to use its full name) is still quite some way off. In fact, it isn’t scheduled to begin until May 2019. Already, though, qualifiers and preliminaries are deciding the teams which will face each other at the main event. Spread over 48 matches, the upcoming Cricket World Cup may not be the longest ever competition, but it is shaping up to be the most exciting in a long line of terrific tournaments.

Over the years, the Cricket World Cup has provided a host of memorable finals. First held in England in 1975, the tournament grows more popular and more prestigious each event. England (generally regarded as a decent international cricket team) has never won the event but have failed three times in the finals. In terms of winners, Australia leads the way, having won the competition no less than five times since that first 1975 event. Most recently, they defeated their rivals New Zealand in 2015, a side they co-hosted the competition with.

Australia hasn’t had it all their own way, though. In fact, Pakistan won the 1992 event, while prior to the Aussies winning their fifth title, India secured their second in 2011. Caribbean sides have also done well, bagging the first two titles in the very early years of the ICC Cricket World Cup.

This brings us to the upcoming tournament, the final of which will be held at Lords, the home of English cricket. This will be the twelfth Cricket World Cup, and just ten teams (as opposed to the 14 of the previous two events) will go from a group stage to a semi-final and possibly a final on their travels to success.
And the Winner Will Be? 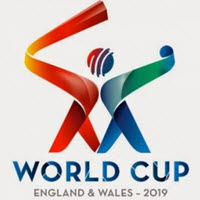 Is it too early to predict a winner? Not really. Lately, international cricket has become predictable. Australia and India are, of course, the favourites to win the next Cricket World Cup, with England (as ever) also a favourite.

South Africa are an outsiders favourite to lift the trophy, but in reality, it is almost certainly going to be one of the “big three”, despite, the South Africans good run at the 2015 tournament. Pakistan, Zimbabwe, Bangladesh and New Zealand aren’t realistic options, but surprises do happen in sport, and any of those four teams could, in theory, hand out a surprise beating to one of the so-called big boys.

There are still places up for grabs in the qualifiers, too. Sri Lanka, even the Netherlands (whom one would normally associate with cricket) are in the qualifiers, as are many other less established cricket teams. As we’ve said, none are likely to put up too much of a fight, but with the tournament reduced to 10 teams, you’re going to get plenty of excitement from the upcoming tournament. It is still a way off, but perhaps it is time you started paying attention to the Cricket World Cup today?