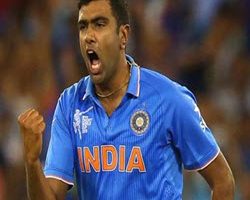 The current captain of the Kings XI (KXIP), Ravichandran Ashwin, is showing his humble nature regarding the teams most recent games. Despite the team losing its most recent game against the Rajasthan Royals during their last league match. Ashwin stated that even though the team did not win their final league game – he is still happy where they currently stand in their ranking and previous match history.

While their recent game may have been a disappointment, the Kings XI Punjab were dubbed the overarching team during this season of the Indian Premier League. Mainly due to the team being under the leadership of a dedicated and calculated captain, who has show that he is sticking true to his promise of total unpredictability. While this power move is commonly seen as risky and incredibly daring during the league season – it also leaves opponents blind as they will not be able to see common trends within the team. Though, Ashwin has been the forefront of this plan seeing as how he has went out of his way to play different position during each game. Though – this lead to the loss of the Kings XI with their last league match.

Ravichandran Ashwin is the Best Choice

Ashwin has been constantly proving that he was one of the best choices of being the team’s captain by his skill with the ball and behind the bat, though, he isn’t commonly seen using the bat throughout the games. However, his successful with both lead to the Kings XI getting that much needed push. Though, his history of playing under the notorious MS Dhoni and Varat Kohli for all levels of cricket, helped Ashwin develop his critical skills needed to become a successful captain in his core.

His dedication towards the game, and his constant act of bettering himself and his skill, lead to Ashwin easily impressing the Kings XI Punjab head coach, Brad Hodge. Hodge admired the newly appointed captain while speaking of Ashwin, in which he stated that Ashwin is a great student of the game, and due to his hard work under Dhon, he has learned how to properly manage his resources while investing the required time into each player. Hodge finished his sentiment by adding his contempt and confidence that he has a great team lined up with an amazing captain to lead them to victory.

Furthermore, Ashwin’s guerilla warfare-esque playing style success has been shown through the teams changing cricket playing style. The uniqueness of this playing style is one of key reasons why this team has seen so much success during this season. Plus, many other teams in the league have even commented that it’s a solid winning strategy.

Though, this isn’t to say that Ashwin has had an easy ride throughout this season. While the first of the league were filled with matches that were being flawlessly won – the Kings XI begun seeing their promise boil to a head near the end of the season. However, the league is still in good sights to be considered for one of three remaining playoff places available. The tension is going to rise for the team as they only have two more matches, one being at Indore, to provide their skill and hopefully get a playoff slot. Nevertheless, Ashwin remains confident about the team and is only putting positivity about their success.