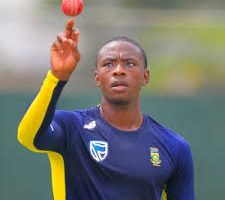 The International Cricket Council has actively governed over the South Africa and England test series, with the ICC making multiple announcements this week. It was confirmed that Kagiso Rabada had been banned from the final match during this test series. His removal follows after celebrating the dismissal of Joe Root in a disrespectful manner, which occurred on the 1st day of the third matchup. Kagiso Rabada began to scream inappropriate remarks to Joe Root after being dismissed. One demerit point followed for Rabada as well, adding to four in two years. That immediately triggered a one-match ban, meaning that South Africa’s national cricket team loses one of their most profound players in the final matchup.

Some unexpected individuals came to the benefit of this South African player. Graham Onions from the England national cricket team went to social media, where he described this punishment as harsh from the ICC. Jonathon Trott, a bowler that previously played for England, noted that Rabada’s celebration was aggressive and crossed the line. That Kagiso had displayed aggressive behaviour multiple times and this one-game ban if rightfully deserved. Another instance of Kagiso Rabada receiving a demerit point came when South Africa was competing against India. Kagiso aggressively shouted racial remarks to Shikhar Dhawan. It’s the second time that he’s thrown his racist behaviour into the public eye, with the International Cricket Council unimpressed. Continued offences could result in a permanent ban from international cricket.

Positive news struck cricket headlines this week when Trafford councillors approved the redevelopment of the “Emirates Old Trafford Stadium”. This follows after a town hall meeting on January 16th, 2020. It was confirmed after the meeting that the Emirates old Trafford would be redeveloped with a new stand, allowing for 2850 additional seats. It was noted that this new stand would replace the Red Rose Suite, providing enhanced member facilities to VIP personnel.

New redevelopments include a newly formatted ticket office, retail shop and heritage centre. After the redevelopment phase is completed, more than 26 thousand fans can fill this house.  Additional announcements made with the redevelopment of Emirates Old Trafford include a new extension to the Hilton Garden Inn Hotel. The Civic Quarter area that surrounds this stadiums will be reformatted for visitors, becoming more appealing and approachable in the process.