Sri Lanka Can Learn a Great Deal from England’s Batting

Suranga Lakmal is currently in charge of the fifth Test against England and is undoubtedly facing his most difficult leadership challenge of his career. When he managed to lead Sri Lanka to victories against South Africa and the West Indies, he mostly had his first-choice attack backing him up, and he was up against opponents that seemed seriously vulnerable as well. 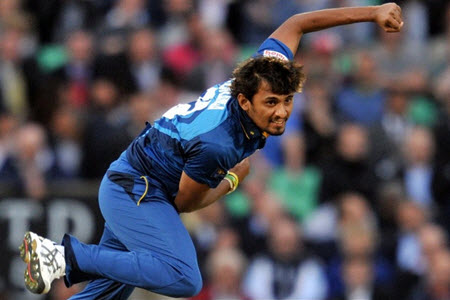 However, England will provide a much more difficult challenge than the previous opposition he faced. They are brilliant at batting with spinning conditions, so much so that Sri Lanka is completely baffled at the moment as they didn’t expect it at all. England also has a sensational betting line-up all the way down to number 8, presenting an extremely difficult challenge to the captain.

Suranga Lakmal  commented that, “The batsmen on the England squad are playing brilliantly at the moment, and there’s simply no denying it,” Lakmal stated. “If you look at the world of cricket, the next best spin players after India is undoubtedly England. England’s batsmen don’t allow us to bowl in only one spot. They can sweep in both directions, both in reverse and normal sweep. They achieve it from the very first ball, and it’s certainly something we can learn going forward as well when we play in Sri Lanka.”

Lakmal needs to address a couple of weaknesses to increase his chances of winning the Test series against England, including lowering the potential runs that the lower order in the England squad can make. The hosts had the opposition at 134 for 5 and 103 for 5 during each innings of the last 2 Test matches. In fact, England’s partnership during the last wicket was worth 41 and 60. The best chance Sri Lanka has against the formidable England squad is for Suranga Lakmal to bowl during the lower order of England’s batsmen according to the captain.

“England’s top five batsmen are always attempting to score runs rather quickly. Thereafter, they start to fully understand the pitch and can control the spinners much better. England also has a marvellous betting line-up. However, we can’t allow their tail end to continue making runs, and this is something we need to stop. We provides loads of overs for the spinners at the tail on the last matches due to the fact that the pitch perfectly suited them. However, we will seriously consider making a few significant changes during the next match to see if we can improve on it”, said Suranga Lakmal.

Other weaknesses in the squad include Kaushal Silva who only managed to make 4 scores. He will undoubtedly be replaced by a more potent Danushka Gunathilaka. Another player that seems to be skating by recently is Niroshan Dickwella with an awful batting performance. However, he has managed to keep his head above the water due to his brilliant wicketkeeping. Lastly, there’s no denying that Kusal Mendis has also been rather poor in previous matches, currently having no fifties in the last 10 innings.

When Hasan Ali, the world famous Pakistan cricketer, received the Best Bowler of the Tournament award after assisting Pakistan in claiming their first ODI title during the Champions Trophy tournament in 2017, everyone thought he was the one and for a good reason. He had the typical talent of a Pakistan pacer, the ability to tweak the ball sideways with ferocious pace coupled with the skill of using an old ball. He also provided an energetic wicket celebration which certainly made it stand out above the rest. 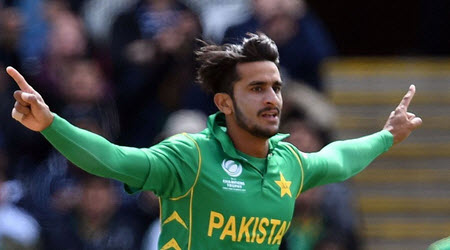 Social media went absolutely bonkers, turning into the nation’s heartthrob in a matter of days. When Pakistan was visited by an ICC World XI cricket side a few months later, the adoring fans at the Lahore Qaddafi Stadium gave Hasan Ali a rousing welcome when he made his way to the bowling mark. The crowd’s roar was so loud that it instantly made journalists take notice of him inside the media centre.

During 2018, however, Ali’s performance took a serious nose dive. He’s incredible ODI average of 17.04 took a serious crash to 32.06, giving up the top position for bowlers in the ICC rankings. In 2018, Hasan started with a mere 6 wickets for a total of 217 runs during four ODI matches against New Zealand. During the final series of 2018 against the same team, Hasan returned 2 for 59 and 0 for 62 in the UAE. He also featured in 2 England Tests during the summer, accumulating 6 wickets in 3 innings. His best figure at the time of 4 for 51 during the first innings were followed up by 0 for 58. This caused him to sit out the during the Australian Test series.

There were loads of questions surrounding the line up for the New Zealand Test that followed. However, during Day One, with a sensational reverse-swinging delivery thudding the pads of de Grandhomme, Ali managed to answer them. He managed to quickly answer any remaining ambiguity regarding his selection the next day when he managed to send off Tom Latham on his very first delivery. The remarkable two dismissals summarised the story of his incredible ability to make the ball work in any given condition.

During Day Three, when Yasir Shah offered a vital opening thanks to the Kane Williamson wicket, Ali managed to double the damage when he sent off Ross Taylor, the most experienced batsman in the New Zealand squad, with a deadly in-dipper, as well as Jeet Raval in a matter of 5 deliveries. Yasir managed to pick up another 3 wickets later in the evening, while Hasan wiped out Trent Boult and Sodhi to top of 4-wicket haul earlier in 2018, allowing him to claim a maiden 5-wicket haul.

Hasan Ali will now face South Africa in a Test series, and the Pakistan team will need him to be on his best performance during the Test as he is an important cog in the team’s set-up for victory.