Best Cricket Players of All Time

Compiling a list of the best cricket players in the world is no easy task. However, once in a while, a player will surface that changes the game forever. This type of player performs beyond your wildest imagination and takes the game to a completely new level in the process. He manages to set new dimensions and standards for future generations to exceed. In the same breath, there’s also a handful of players that set records and benchmarks that will never be equalled. With that in mind, let’s take a look at the best cricket players of all time, whose legacy and accomplishments will be cherished forever.

Donald Bradman, also referred to as The Don, is regarded as the best batsman to ever play the sport. In test cricket, he’s batting average was a mind-blowing 99.94 which is an achievement that cannot be matched by any major sport. Bradman is regarded as the epitome when it comes to excellency in cricket. With a 1349 Wisden rating, Bradman is the best test batsman that manages to outrank the number 2 player by a total of 349 points. Bradman has a total of 117 First Class centuries and 29 Test centuries to his name with a top score of 334.

Tendulkar is considered the finest batsman of all time and is the highest run scorer when it comes to international cricket. He started playing at the age of 16 and is the only cricket player that has managed to score 100 centuries internationally. Tendulkar was also the first cricket player to reach 200 runs in an ODI and is known as the God of Cricket or the Master Blaster. Tendulkar boasts with 51 Test centuries and 49 ODI centuries. He managed to play in 463 ODI games and 200 Test matches during his career.

As a former batsman for the West Indies, Richards is considered the greatest batsman in the world. He is the first player in the history of cricket to receive 20 awards for the Man of the Match and managed to play 121 Test matches and 187 ODI matches in his career. He managed to score 189 runs in Test Cricket and 291 runs in an ODI. Richards was also a magnificent bowler during his time a total of 118 wickets.

Bevan is a former Australian cricket player who is considered one of the most consistent players when it comes to ODI formats. With a batting average of 53.58, he currently holds the world record for the best batting average in terms of ODI matches. He also formed part of the Australian teams that managed to win the World Cup. Renowned as the finisher, Michael played an important role to lead a team to victory. There is currently no other batsmen in the world that has the same consistency when it comes to batting and assisting his team to claim victory. 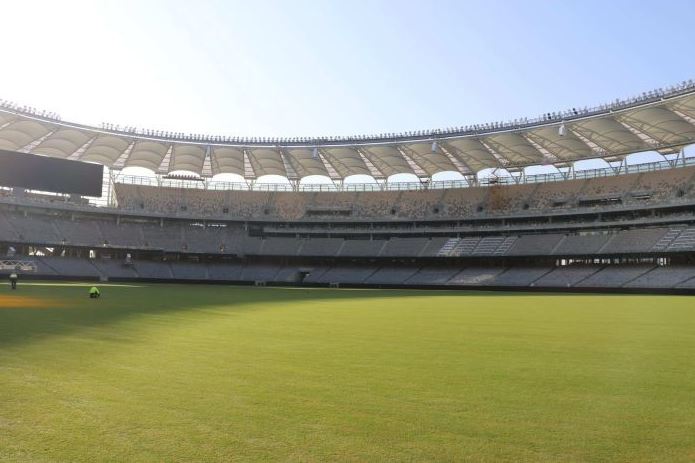 One of the most significant factors when it comes to the WACA Ground is undoubtedly the pitch, and the stadium in Perth in making its debut with intense anticipation around its pitch. Most of the questions that Virat Kohli had to answer during a press conference before the match revolved around the pitch. Brett Sipthorpe, the curator, stated that they attempted to deliver the bounciest, fastest pitch possible with no pressure to make the test match go the distance.

One of the most curious things about the pitch in Perth is the amount of grass it has. The WACA Ground was previously known for its incredible bounce, but it used to be a brown, hard surface. The latest one will certainly add more movement to the bounce. India is truly excited over the new pitch. Earlier this year, they picked up loads of experience on a similar bouncy and quick pitch in Johannesburg. So bouncy that is was actually considered dangerous where play had to be stopped at times. With India’s quick bowlers, Kohli was nearly salivating when he though about playing on the pitch, especially due to the fact that the lush green grass wasn’t shaved off prior to the match.

India’s Thoughts on the Perth Pitch

“I was extremely pleased to see the pitch in the condition it was and I sincerely hope no more grass is taken off from it,” Kohli stated. “This will ensure that the first three days will undoubtedly be very lively and the Indian cricket team is very excited about that. We merely need to challenge ourselves when it comes to batting and remain positive that our bowlers will achieve what they did in Adelaide. I believe the pitch in Perth is going to offer a lot more when compared to Adelaide.

“We definitely get more excited as oppose to nervous when it comes to a lively pitch. We are completely aware that we have a strong bowling attack that has the ability to bowl out the opposition. With 4 or 5 bowlers at the peak of their careers, its definitely a great feeling to have. We also get much more motivation at batsmen when our bowling attack is so strong, allowing us to win more matches as well.

“Johannesburg will always be a huge inspiration for India. “I have managed to play across the globe for over a decade and I have never played on a pitch similar to the one in Johannesburg,” Kohli stated. “I managed to play in Perth in early 2012 but nothing compared to the one in Johannesburg. We are certainly not new to this kind of pitch as we’ve played on them before. We have a good idea of what to expect from this pitch as well. I am just grateful that my team consists of bowlers that are currently at their peak. The way they are bowling is just amazing and I believe they are going to succeed on this pitch as well.” 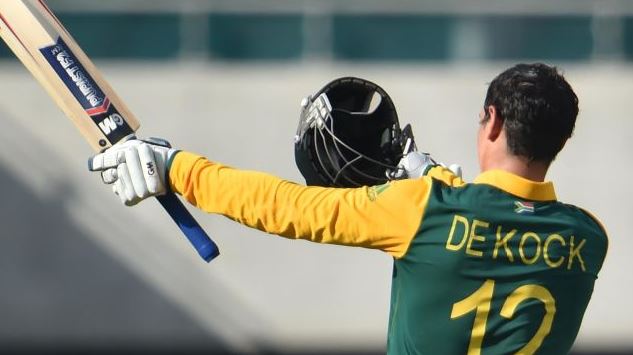 Quinton de Kock managed to obtain his fourth century during the T20 clash against the Tshwane Spartans in a game that could only produce two other batsmen that accumulated a score of over 30. Thanks to the amazing performance delivered by de Kock, the Cape Town Blitz team managed to win the game which means they are now 6 points against of the Nelson Mandela Giants in the T20 standings. On the other hand, the Tshwane Spartans suffered their 4th loss in a total of 6 games, leaving them to wonder how on earth they managed to lose by a mere 60 runs when they had Cape Town for 101 for 8.

The pitch bothered both Janneman Malan and Quinton de Kock early on in the game due to its two-paced nature which managed to cripple the batsmen after the two openers who managed nearly 10 per over during the 83-run stand. The leg breaks that were introduced by Jeevan Mendis provided the necessary dismissal the Spartans were looking for. Shortly thereafter, Andile Phehlukwayo was bowled out by Corbin Bosch followed by two quick wickets by Sean Williams. And it didn’t stop there either. Batsman managed to fall quite rapidly against spin and pace with the pitch offering a dramatic change as the game continued. In fact, in just five overs, Cape Town collapsed to 8 for 18.

De Kock seemed quite encouraged when Lutho Sipamla made his return, accumulating 16 runs from only four balls during the 6th over of the innings. During the 15th innings, De Kock smashed the ball for a four and a six off consecutive balls, giving him loads of momentum for the next over, dismantling the first four balls from Mendis with a six as well as three boundaries. After two overs, the Blitz managed to improve their score of 101 for 8 to a remarkable 133 for 8. De Kock managed to make 19 runs from 5 balls, and it didn’t take him long to get his century during the 18th over.

De Kock finally fell during the 19th over with an impressive score of 158 runs. After this incredible performance, the Spartans were under the impression that it would be easy to make the necessary runs as De Kock surely proved it. However, this certainly wasn’t the case. Both Dean Elgar and Gihahn Cloete had a difficult time as the two openers, only finding a few boundaries due to edges. It was so bad that the third batsman wasn’t able to find a boundary from 17 deliveries and the striking rate for the Spartans at the halfway stage was a mere 7 per over. The Spartans had no way to cover from this as de Villagers was also bowled out shortly thereafter. There wasn’t much else for the Spartans to do after having six overs with no boundaries during the 8th innings. 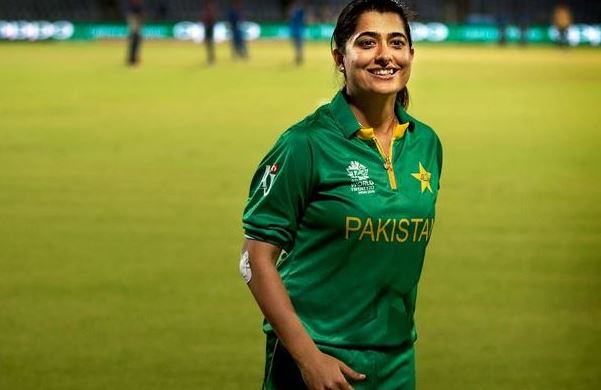 Sana Mir is a world-class cricketer for the Pakistan team and is also the captain of the squad. She is considered as one of the best female cricket players in the world and is currently ranked in 16th position according to ICC Players Rankings when it comes to female players. She became the captain of the Pakistan female cricket team in 2009 and is regarded as the best bowler in the squad.

Siriwardene is the Ski Lankan female cricket team captain and is ranked in the top 10 of female cricketers in the world. She made her debut in international cricket in 2003 when she played against West Indies and has been a rising star ever since. She is best known for her bowling skills with a phenomenal 4-11 record which she claimed in 2005. She also accumulated a staggering 4-34 record in 2006 during the Asia Cap against Pakistan.

Lanning is a renowned female cricketer for the Australian national female cricket team and is the opening batsman for Australia. She is also the youngest player in the female team to have obtained a century when she was only 18 years old. This incredible record was previously owned by Ricky Ponting at the age of 21.

Mithali Raj made her cricketing debut in 1999 and made a whopping score of 114 in the same game. During 2002, she broke another jaw-dropping record where she scored a staggering 214 which was previously held by Karen Rolton with a score of 209. She continues to play an extremely important role for the Indian female cricket team thanks to her high-scoring capabilities.

Stafanie Roxann Taylor currently plays for the West Indies female cricket team and is a phenomenal right-handed batsman with an off spin bowling ability. She has represented her female cricket team over 80 different times and initially made her debut back in 2008. She also managed to receive the ICC Women’s Cricketer of the Year Award back in 2011 and continues to be a valuable asset for the national team.

Katherine Helen Brunt is a renowned English female cricketer who has managed to earn the female’s Cricketer of the Year award in both 2010 and 2006. She is widely known for her classic play style and aggressive bowling capabilities. She also received the Woman of the Match award in 2009 during the T20 World Championship, achieving 3 wickets for only 6 runs.