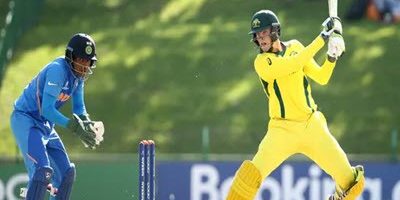 Social media has become one of the most detrimental tools against professional athletes. Vindictive individuals scan through hundreds of posts to locate offensive behaviour and then bring it to media reporters. Any behaviour that becomes viral immediately results in the termination of that athlete. This was once again proven at the Australian U19 World Cup, with the Head of Security mentioning they were disappointed with the actions of these players. They targeted India Nationals, who themselves often act in inappropriate behaviour to women worldwide. Instead of focusing on the fact that Indian’s harass women online, these players focused on their rivals, the Indian National Cricket Team.

Jake Fraser McGurk was the 1st player to make social media posts against the Indian Nationals. He focused on their incapability to speak or write proper English. Comments on these posts include “Sir, give me what’s app? I want to friend.” And “How you bat exciting?”. Supports of international cricket from India haven’t taken these offensive comments kindly. It’s a small percentage of their population that doesn’t have educational benefits.

However, individuals that have travelled to India with other cricket associations have expressed that they’ve received similar questions from Indian supporters. Most aren’t aware that India has struggled to revamp their Education Systems with modern era programs. Some of the largest industries in India are considered illegal elsewhere, such as in the United States or European Union. Ultimately, it’s not surprising that some professional players with Australia would eventually become annoyed by the consistent berating from Indian supporters.

The Head of Security

Individuals responsible for the actions of these professional players are outraged by their respective statements. The Head of Security expressed to Australian U19 Reporters that he’d spoken with these selective players and guaranteed similar actions won’t ever be taken again. The Head of Security also confirmed that sanctions will be imposed onto these four players, which will include educational classes relating to cultural sensitivity training. This follows after an extensive level of racism has been portrayed throughout various sporting leagues. It’s led to associations like FIFA, BBL, La Liga and multiple others to implement regulations against racism or terminate venues altogether. Cricket has experienced its fair share of racist behaviour throughout the last twenty years. Nations like New Zealand, India, South Africa, and multiple others prompted the inclusion of various demographics. Tensions continue to grow regularly between these players.