It has been recently announced that Harmanpreet Kaur, the current captain for India T20I, will now be playing for the Lancashire Thunder during this year’s season for the Kia Super League. The news was released on June 29th by the club. While this is big news for Kaur, she will also serve as being the second Indian player in the Lancashire’s history to play in the league – the first being Smriti Mandhana. 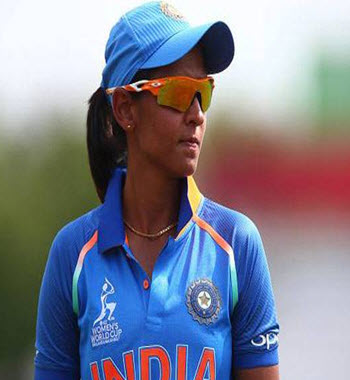 Though there is a reason for her signing. Kaur is a phenomenal cricket player that made history in 2016 as she became the 1st Indian player ever to sign a contract with Sydney Thunder, a praised league in Australia. This happened after she impressed thousands with her strong performances during India’s Australian tour. This was also the time where Kaur made a shocking 31-ball 46 all while during the highest recorded T20 chase. Although she did have to take a temporary break from playing as she sustained a shoulder industry during the 2017 World Cup.

Kaur is Back in Action

Now Kaur is back in action and is already making waves in the cricket world. She expressed her excitement with the decision during one of her interviews as she stated that she is pleased to be signed with the women’s league. She continued on as she expressed how she watched the KSL (Kia Super League) for a while and finally being able to play in it and at an esteemed stadium like Old Trafford has always been a dream for the player, Kaur finished her sentiment as she reflected back on her days playing while in England fondly as it is the time where she scored her highest international score during the ICC Women’s World Cup.

Once Kaur travels to meet the Lancashire team, she will be flanked by the Sydney Thunder Captain Alex Blackwell. The former vice-captain of the team will be a part of the coaching stint after she announced her retirement from playing International cricket earlier this year in February.

Kaur is not the only player feeling excited regarding the transition. Blackwell expressed her own glee as Kaur will be a part of the team. She reminisced about playing against Kaur during the international matches, as well as playing alongside her in the Big Bash league previously. Blackwell truly believes that she is a superb addition to the team due to her experience and dedication to the game and can also be a needed helping hand during upcoming KSL.

It is expected that Kaur will be leaving to go to England during the middle of July to participate in the competition. The tournament is going to run from July 22sn through August 27th and will show six teams playing against one another in a new format – home-away. The Lancashire Thunder will be playing against Loughborough Lighting on an opening day.